The Difference Between Muesli & Granola

You are here:
Muesli 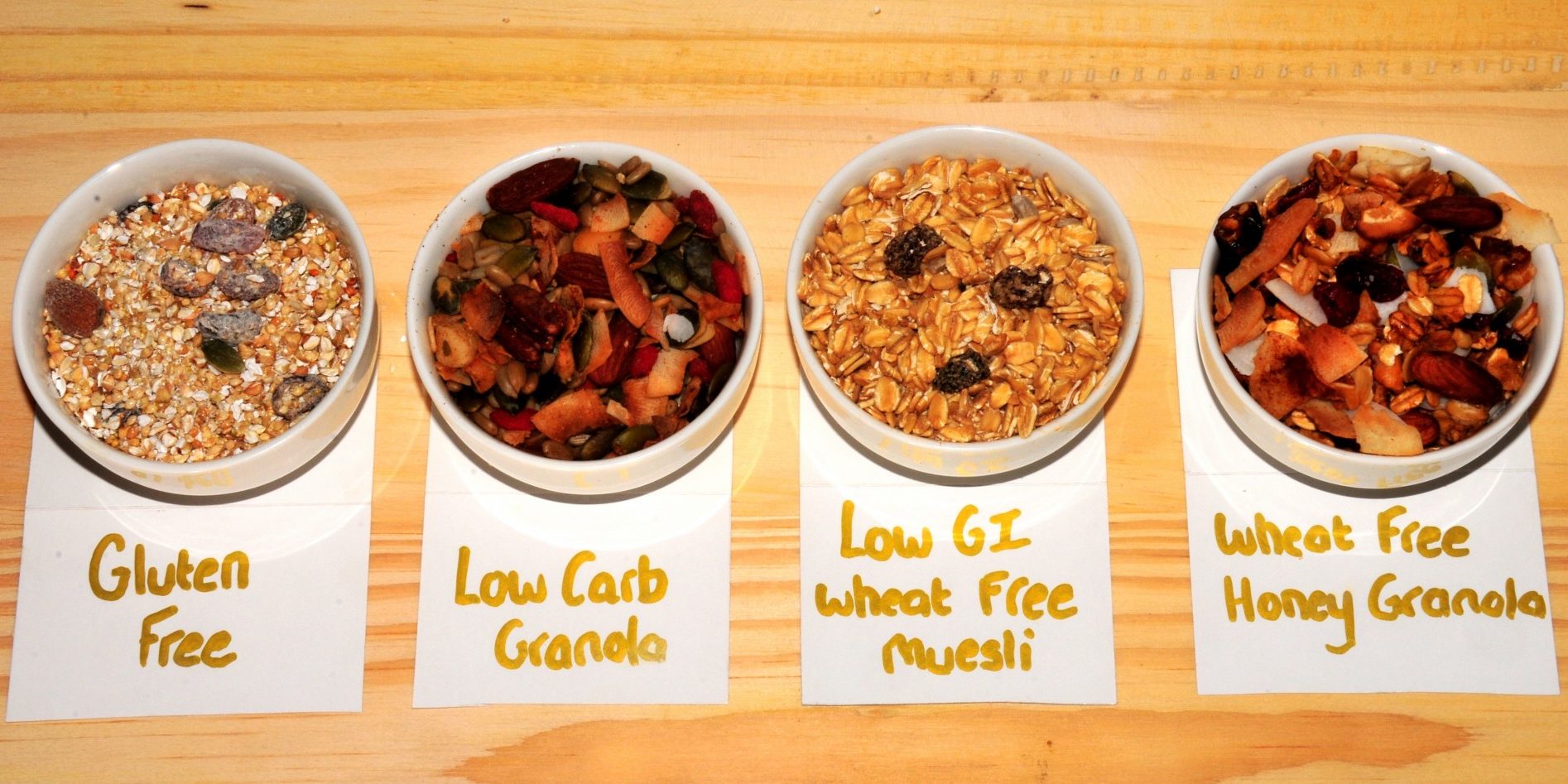 Muesli and granola are virtually indistinguishable on the grocery store shelf. Despite sharing many common ingredients and remarkably similar histories, however, the two oat-based cereals are actually quite different.

Muesli was originally made by combining a small amount of raw rolled oats with almonds and soaked in apple juice (see Bircher’s Muesli). Modern muesli is typically made up of raw oats, nuts, seeds and dried fruit to which milk is added. The All About Health Nina’s Muesli range are all dry baked thereby enhancing the taste and digestibility.

Granola was developed in the United States in the 1890s. Although it usually contains oats along with nuts, seeds and dried fruit, granola can also be made from barley, rye or any other suitable grain. The mixture is tossed with canola oil, butter or some other fat, sweetened with honey or maple syrup and baked until the ingredients form crunchy clusters. Granola is often served with milk or yoghurt. All About Health’s Raw Honey Granola is made using only pure honey and is bursting with mixed seeds, almonds, cashews, cranberries and coconut.